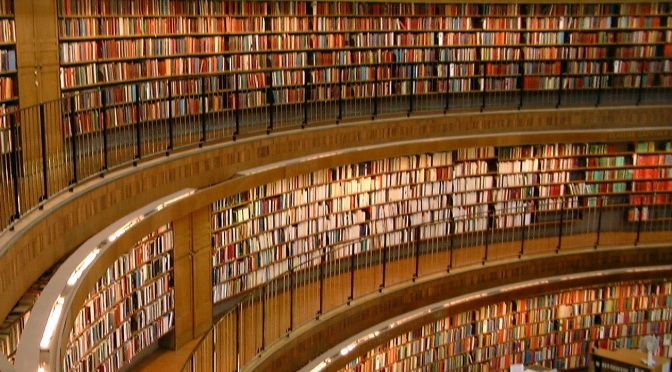 — An inscription on the wall of a cellar in Cologne where a number of Jews hid themselves for the entire duration of the war.

In the first three posts of this series, I wrote about the complicated history of the “I believe in the sun” quotation and its provenance. As I related in the second post, the earliest printed reference I could find was from the July 13th, 1945 edition of the Quaker publication The Friend, from London, which gives a partial transcript (translated into English) of a German language BBC European Service radio show. A German P.O.W. held in England, and identified only as “Prisoner F. B.,” is quoted by The Friend as saying this:

In a shelter in Cologne, where young Catholics were keeping some Jews in hiding because their lives were threatened, American soldiers found the following inscription :

I believe in the sun—even when it is not shining.

I believe in God—even when He is silent.

I believe in love—even when it is not apparent.

Prisoner F. B. gives the sentence about God in the middle of the quotation. In the third post, I wrote about the earliest source I found that gives the sentence about God at the end. The English language version of this source is the 1947 book The Tiger Beneath the Skin, by Zvi Kolitz, in which the quotation appears as the epigraph of the short story “Yossel Rakover’s Appeal to God,” which later became a classic of Holocaust literature. The original Yiddish versions of the story appeared on September 25, 1946 in Di Yiddishe Tsaytung, a Jewish newspaper published in Buenos Aires. The “Yossel Rakover” version of the quotation is the one given at the top of this page.

What is the connection between Prisoner F. B.’s story and Kolitz’s story?

There are three likely possibilities: Either Prisoner F. B. and Zvi Kolitz each heard the story from some common source (with possibly some intermediate steps), or Kolitz heard the BBC broadcast in which Prisoner F. B. spoke, or Kolitz read the transcript of the show in The Friend or from a source that quoted The Friend. There is something to be said for all three of these, but if I had to choose one as being the most likely, I would say that Kolitz heard the BBC broadcast, just because that show would likely have had a much larger audience than The Friend.

Is the story behind the quotation true?

Did someone really write some version of the “I believe in the sun” quotation in a cellar or shelter in Cologne? Well, suppose that Zvi Kolitz did indeed hear this story via the BBC or The Friend. Then the only source we have for the quotation is Prisoner F. B. As I asked in part two, how would Prisoner F. B. have heard of this? And what psychological incentives might he have had for embellishing the story, or even for stating as fact something he had heard as fiction, or as rumor?

On my part, I would not be surprised to find out that the story is true, that somewhere in Cologne American soldiers found those words on a wall. On the other hand, I would also not be surprised to find out that Prisoner F. B. made the whole thing up for the sake of providing a memorable story that could help alleviate the guilt he may have been feeling as a self-professed Christian who fought in the German military for five years.

Where did some of the variant attributions of the quotation come from?

In the first post I wrote about some of the places that people claim the “I believe in the sun” quotation was found, and one location that comes up frequently is the Warsaw ghetto. I don’t think that it’s a coincidence that “Yossel Rakover’s Appeal to God” is set in the Warsaw ghetto. For some time “Yossel Rakover” was taken to be a true account, and it begins with the “I believe in the sun” quotation as an epigraph, so it’s possible that people ignored or forgot the epigraph’s statement that the quotation is from Cologne and instead set the quotation in Warsaw. Also, in the story, the narrator Yossel Rakover describes how his 10-year-old daughter slipped out of the ghetto to find food, and was chased down and killed by Nazis and Poles. This is echoed in the versions of the “I believe in the sun” story that tell of a young girl who escaped the ghetto and wrote the words in a cave.

Is it possible for us to tell this story with integrity?

Well, it’s much harder to do so now that you know the history, don’t you think? Maybe you should have taken my suggestion and looked away.

Here’s one problem to face. The version of the “I believe in the sun” quotation that many people seem to like best is the one that mentions God at the end. But that’s not what the earliest source says. So if you believe that Prisoner F. B. (and the BBC transcriber, and the Quaker translator) got the words right, then you cannot with integrity put the sentence with God at the end.

If, on the other hand, you take Zvi Kolitz’s version as being closer to the truth, then you face another problem, as I wrote about more extensively in part three: Kolitz undermined the whole sentiment of the “I believe in the sun” quotation in his piece “Yossel Rakover’s Appeal to God.” I don’t think that it is possible, with integrity, to take Kolitz as the source and to give the quotation, with the “cellar in Cologne” story, at face value.

So if you want to tell this story with integrity, I think there’s no way you can avoid giving some of its history. It’s not something you can just mention as a quick aside. I think it is still possible to use the story — as I did in this sermon — but it takes some time to set the context, and to not brush aside the complexities.

Why should we take all of this so seriously?

The Holocaust is serious business. This is not an area where it is good to blur the boundaries between what it is true and what is false. There are still groups of people who would like us to believe that the entire Holocaust is fiction; and there are other people who would like to try to pass off false stories as true. Out of respect for the millions who died, we should be scrupulous about the truth.

And the stories we tell do affect what people think. While researching the “I believe in the sun” story, I found an interesting citation. The book Mediating Peace: Reconciliation through Visual Art, Music and Film, edited by Sebastian Kim, Pauline Kollontai, and Sue Yore, contains an article by Sue Yore that considers art works created by undergraduate students at York St John University1. Yore writes of one student (“Student E”) that she

was aware that she did not have any personal and familiar [sic] connections to the Holocaust and therefore had no right according to Stephen Feinstein, director of the [Center] for Holocaust and Genocide Studies at the University of Minnesota to convey the memory of it. Nevertheless she stated that she ‘still felt emotionally connected’ because as she put it ‘as a human being, suffering is universal, and the Holocaust affects every human.’ […] The student justifies [the use of the image of a bright shining light] based on an inscription discovered on a wall in Cologne where Jews hid from Nazis […]

Our familiar quotation, with its themes that seem so attractive to Christians, inspired a student with no personal or familial connection to the Holocaust to ignore advice about misappropriation in order to convey her interpretation of the Holocaust. Whether or not you think Stephen Feinstein’s guidance is correct here, there is no question that the “I believe in the sun” story has influenced an ethical decision by Student E. What would Student E have thought if she had known that the quote was perhaps about love, rather than about God? What would she have thought had she read Zvi Kolitz’s story about Yossel Rakover?

There are mysteries whose resolutions we will never know — and yet time and again I have found that with persistence we can find greater understanding and get closer, perhaps, to the truth. It has been a long trail, beginning with wondering about the music notes to a moving choral piece, and taking us through London, Cologne, and Warsaw; through the BBC archives, through the microfilm depository at the Graduate Theological Union library in Berkeley, through interlibrary loan and AbeBooks2 and Google Books; and here we are, finally, with more knowledge, and perhaps a clearer idea of the questions that remain.

Thank you for joining me on this journey. And if you take one moral from these essays, let it be: For heaven’s sake, always cite your sources.

The posts in this series:
1. Look away
2. The Friend
3. The secrets of tigers
4. Conclusion

Cover image: Cropped image of the Stockholm Public Library, taken on May 17, 2002 by Flickr user Marcus Hansson and released under a Creative Commons license that allows for sharing and adaptation, with attribution. Original version here.

12 thoughts on “I Believe in the Sun, Part IV: Conclusion”