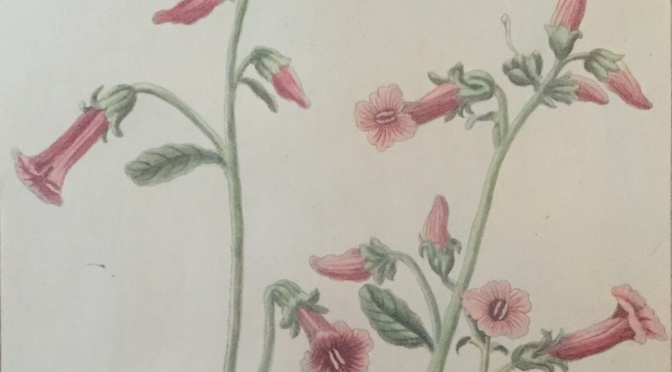 Every now and again, I am freshly amazed by what a person can access through the internet. I’ve become blasé about some things: finding obscure mathematical papers online, for example.1 But yesterday I was struck by how much easier it has become, even in just the past few years, to find information that used to require physically traveling to distant dusty archives.

In the fall of 2004 I was traveling in England for work, and I had a day or two in London. I stopped for fun at a shop that sells antiquarian books and prints,2 and I looked through their various collections. In a section devoted to botanical prints, I found a nice old print that did not cost too much and that I thought might look nice in our home. Here it is: 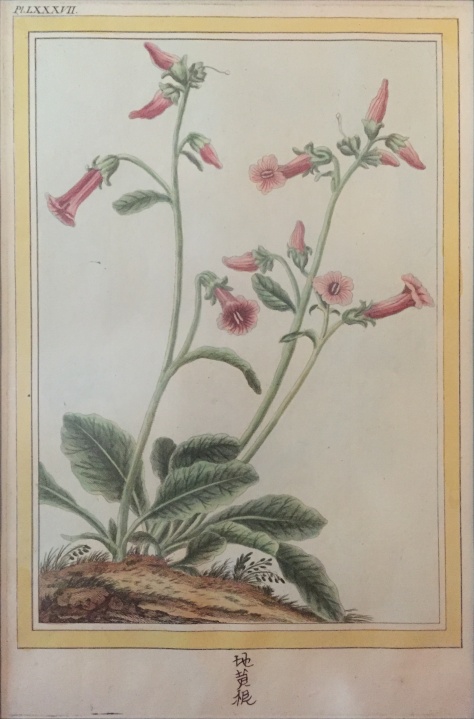 All I knew about it when I purchased it was that it was drawn by Pierre-Joseph Buc’hoz, that it was from the late 18th century, and that (as one can see from the upper left corner) it was plate number 87 from some collection.

After I got home I tried to find out more about this print. Using the power of the internet in 2004 — mainly, online catalogs from libraries — I figured that it was most likely from a book by Buc’hoz entitled Collection précieuse et enluminée des fleurs les plus belles et les plus curieuses qui se cultivent tant dans les jardins de la Chine que dans ceux de l’Europe, and published in the late 1770s. But the only copies of this book in the United States seemed to be in libraries on the East Coast, not so convenient for me to go to.

Within the following year, though, I happened to be in the Washington DC area for work… so one day I went off to the Library of Congress. I got permission to go to their special collection room, and a clerk fetched the two volumes of Buc’hoz’s Collection précieuse et enluminée des fleurs for my perusal. No cameras were allowed.

I checked: and yes! The print in our study was indeed plate number 87 from volume one of this book. Case closed. And by looking at the list of plate titles at the back of volume two, I found that our print was of “La Sparmann de la Chine”, as described in Buc’hoz’s Collection des Plantes nouvellement découvertes.3

Yesterday we were visited by someone who I thought might have a professional interest in this print by Buc’hoz, so I dug out the notes I had taken at the Library of Congress. And then it occurred to me that in the decade subsequent to my visit to Washington, perhaps someone had scanned some more of these prints.

A quick Google search for the title of Buc’hoz’s book led me to the Bibliothèque nationale de France (whose online collection I am quite familiar with, because they have scans of many 18th- and 19th-century mathematics books and journals). Lo and behold: high-quality scans of Buc’hoz’s book, both volume one and volume two!

Without leaving the living room couch, I could get information that, just ten years ago, had required visiting the Library of Congress. And the passage of time was indeed necessary to make this search easier: the Bibliothèque nationale only digitized these books last year.

I’ll close this post simply by noting: They really knew how to make a title page, back in the day… 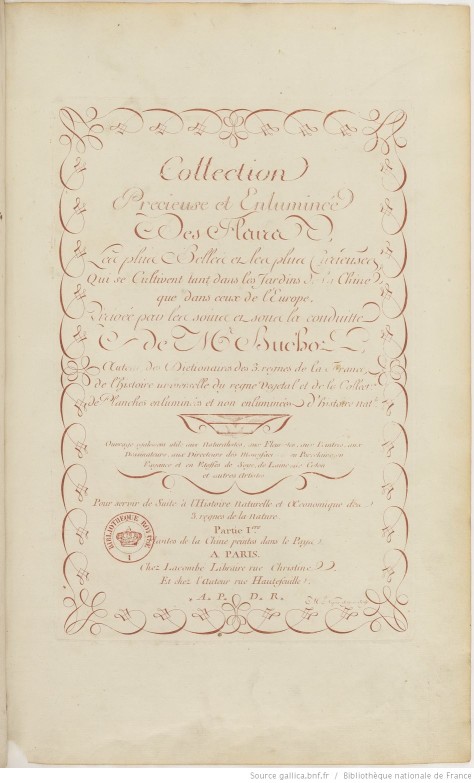 2 thoughts on “This Modern World”